Sorry! You missed The Little Mermaid at Atwood Concert Hall

Unfortunately, we don't have any information about upcoming performances of this show. Maybe we can interest you with something similar from the options below... 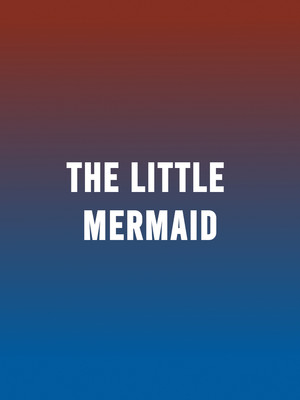 Why See The Little Mermaid?

Disney's timeless underwater musical The Little Mermaid hits the stage in Alaska this October, with an exciting stage production for the whole family to enjoy. Featuring all of the beloved characters from the nautical classical, the musical tells the story of Ariel the mermaid princess who dreams of one day seeing the world that exists outside of the deep blue sea. Prepare to sing along with all the hit songs, including "Kiss The Girl" and "Part Of Your World" among many more!

Based on the original Disney movie by Ron Clements and John Musker, this stage adaptation is presented by the Anchorage Concert Association and produced by Plan-B Entertainment/1815. The production features the original music by Alan Menken and lyrics by Howard Ashman, with additional lyrics for the musical version by Glenn Slater.

Seen The Little Mermaid? Loved it? Hated it?

Sound good to you? Share this page on social media and let your friends know about The Little Mermaid at Atwood Concert Hall.