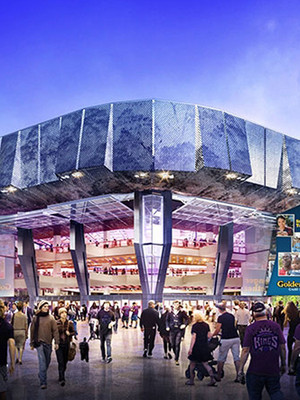 If you're happy to travel

You can catch Foo Fighters at Golden 1 Center in Sacramento, showing Dec 7, 2021

Foo Fighters is also touring to:

The band's most ambitious moments yet

Alt-metal favorites Foo Fighters are heading back on the road in 2021 as they celebrate their 25th anniversary. The Van Tour will see them follow the same itinerary as they did back in 1995 on the release of their debut album! Founded as a solo project by ex-Nirvana drummer Dave Grohl in the months following the death of Kurt Cobain, the Foo's have risen to become one of the world's biggest bands and cemented Grohl's status as the nicest man in rock.

Enduring through the sheer strength of their back catalog, coupled with sheer hard work recording innovative new albums (such as Wasting Light ) and long touring sprees, it is no wonder that they managed to escape the early 2000s purge of alt-rock bands that shone bright but burnt out fast.

The show was amazing as usual...I have seen them 2 times now and will buy... more

My husband and I have been Dave Grohl fans since the Nirvana days. To see... more

Read all reviews Write a review

Sound good to you? Share this page on social media and let your friends know about Foo Fighters at The Denaina Civic & Convention Center.